Focus on maximum safari drives in Big 5 areas of Kruger National Park - include early morning , mid-morning, afternoon and evening drives. Stay at Kruger Park Camps with a choice of accommodation - include dinners and breakfasts.
An African safari experience.
Tour Duration: 3 days or 4 days.

Experience the world-famous Kruger Park with its diversity of animals, great rivers, changing vegetation and memorable sightings. Overnight at Kruger Park Camps with dinners and breakfasts. Then move on to a private game reserve where you can find more Big 5 sightings, a 4 star safari lodge and superior hospitality.
Tour Duration: 4 or 5 days.

On Day 1 travel towards the northern Drakenberg mountains for a scenic drive via the Panorama Route then overnight at a river lodge or hotel . Early next day head into Kruger Park to search for the best Big 5 sightings. Stay at Kruger Park Camps with dinners and breakfasts.
Tour Duration: 4 or 5 days. 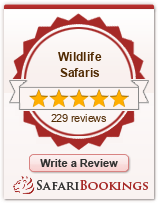 Hoppy, the guide, makes the whole difference!
We had a great experience and would truly recommend the experience to all explorers who come to Kruger. And this is mainly because of the excellent guide- Hoppy! He is an exceptional guide and he made the whole difference. Hoppy is super friendly and attentive and deeply...

Kruger National Park which attracts over one million visitors a year, is one of the oldest and largest national parks in Africa. The original Sabie Game Reserve was proclaimed by President Paul Kruger in 1898 and later extended to its present size of approximately 19,000 square kilometers or 8,000 square miles. It extends from the Limpopo river in the north to the Crocodile river in the south, a distance of nearly 380 kilometers. To the east it borders with Mozambique and on the west it joins many of our private game reserves.

The landscape throughout the Park varies and we have typical bushveld in the southern regions which gives way to grasslands towards the central and northern areas. There are 6 major rivers flowing throughout the year in addition to dams and water holes. The climate is subtropical and the wet season extends from October until May with much of the rainfall occuring as thunder storms of short duration. Game viewing is possible any time of the year and each season has its unique attraction although perhaps springtime with the arrival of the baby impalas, the blossom on the trees & wild flowers is the most memorable.